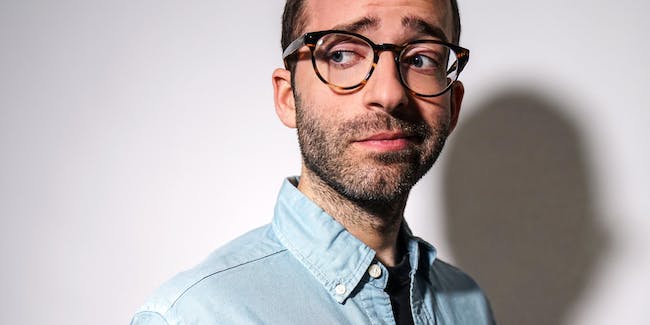 iCal
Google
TREVOR SMITH WISHES HE HAD A BETTER LINE TO START THIS BIO.

He has been heard as a guest on the Bob and Tom Show and seen on Comedy Time and Soapnet. He has appeared in numerous Comedy Festivals throughout the country, including The Riot LA, Laughing Skull Comedy Festival, Trial by Laughter, Laugh Detroit, Laugh Your Asheville Off and Gilda’s Laughfest. In Los Angeles, Trevor can be seen regularly on shows throughout the city and as the co-producer/host of the monthly Cranes comedy night. He is the author and illustrator of “This Won’t Help” coloring book.

Note: some of you maybe came here looking for Trevor Tahiem Smith Jr. (Busta Rhymes). Unfortunately, we are different people.