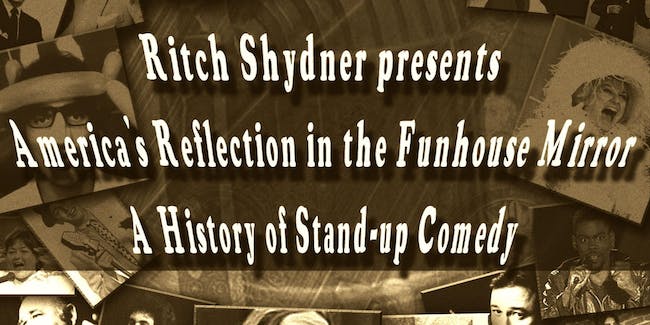 The History of Standup Comedy with Ritch Shydner - Special Event 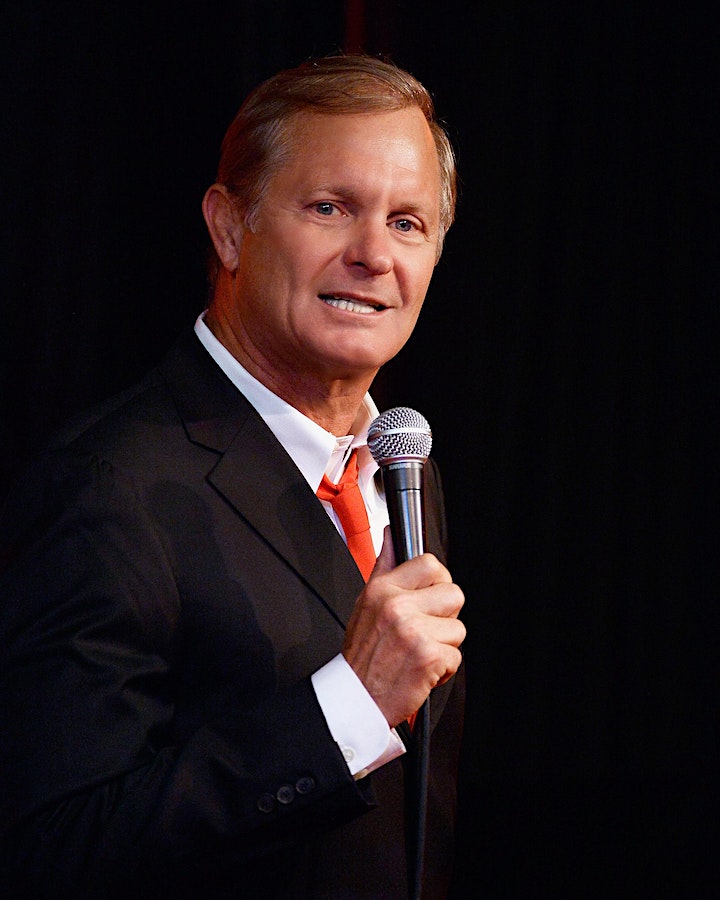 America's Reflection in the Fun House Mirror: A History of Stand-up Comedy

Description of the Show

It’s a funny and insightful multi-media presentation about the history of an original American art form, stand-up comedy, and what all the jokes and laughter say about America. The stories of forgotten trailblazers, martyred iconoclasts and familiar stars show how the simple act of one joker taking on a crowd became one of our most popular entertainments, and a cultural weather-vane.

Endorsements for “America's Reflection in the Fun House Mirror -

A History of Stand-up Comedy”

“Ritch Shydner covers 150 years of stand-up history in 90 entertaining minutes. Get ready to laugh and learn.”

Jordan Brady Director of “I Am Comic”

"They say comedy dies when you dissect it, but Ritch Shydner has created a funny Frankenstein's monster of a one-man show about comedy. It’s a history lesson that will have comedy nerds begging to stay after class.”

“Ritch Shydner’s History of stand-up comedy held me mesmerized. I have been a professional comedian for 35 years and I learned more about the origins of my craft in two hours than I ever had before. Everybody loves stand-up comedy but it never gets the same recognition or respect as the other arts. This presentation goes a long way towards changing that!”

“One of my favorite shows I’ve seen in years was Ritch Shydner‘s History of Stand-up Comedy show. I fully expect it to be picked up on a national platform like Netflix because it was so entertaining and educational. Ritch’s story telling is some of the best I’ve ever seen. Can’t wait to see it again.”

Covering the wide gamut of standup comedy, Ritch Shydner demonstrates why this unique form of entertainment is an original American art form. A must-see for comedians interested in their art, and for all individuals who want to know where the modern jesters of our society originated."

In the 1980’s, Ritch Shydner made numerous appearances on TV, including HBO and Showtime Specials, Late Night with David Letterman and The Tonight Show with both Johnny Carson and Jay Leno. He played Al Bundy’s co-worker on “Married with Children”, and made guest appearances on many other shows, such as “Designing Women” and “Roseanne.” Ritch was able to translate his modest success on TV into an obscure film career, appearing in Steve Martin’s, "Roxanne," and Eddie Murphy's, "Beverly Hills Cop II," before moving on to minor roles on smaller pictures. Ritch wrote for sitcoms such as "Roseanne", "The Jeff Foxworthy Show," and HBO’s “The Mind of the Married Man.” Ritch was co-compiler of a Random House book of stand-up road stories, “I Killed”. In 2010 Ritch produced and performed in an award winning documentary on the world of stand-up comedy, “I Am Comic”. Finally, in 2016, Ritch wrote a book, "Kicking Through the Ashes - My Life as a Stand-up in the 1980's Comedy Boom.”

Jay Leno: “And remember, Shydner, don’t tell anyone you wrote those jokes for me.”

Jerry Seinfeld: “Ritch Shydner is a terrific comedy writer and definitely one of the good guys.”

Jeff Foxworthy: "Ritch helped me write two albums, both of which were nominated for Grammys. I've always thought that he was one of the best stand-ups ever."

Bill Maher: Back in the day, in the dingy ratskellers in which we learned our craft, Ritch Shydner was always the comic the other comics came into the room to watch, because he was the funniest. That hasn’t changed, and I’m afraid neither have the ratskellers.