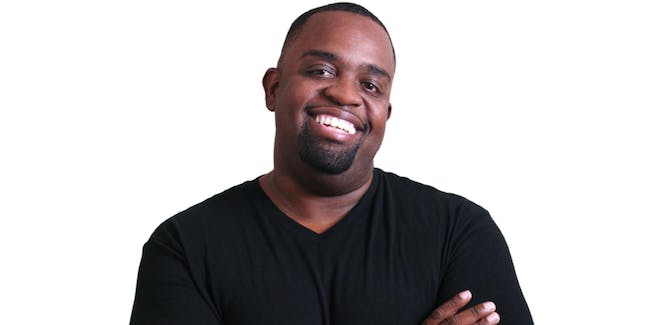 iCal
Google
Robert L. Hines gives a comical view of life through the eyes of one who has lived it.

He relates his observations with depth, humor and insightful appreciation for all of our quirky traits.

A graduate of Chicago Vocational High School, Robert got his first taste of the stage in various school theatrical productions.

After his first open mic experience Robert was offered the favorable circumstance to work the crowd at Chicago Cotton club in Bernie Mac's comedy show in Chicago.

He was a favorite at the famed All Jokes Aside, and various other clubs in the Midwest region.

Robert was nominated for the Sammy Davis Jr. musical comedy award for his appearances on Comic View.