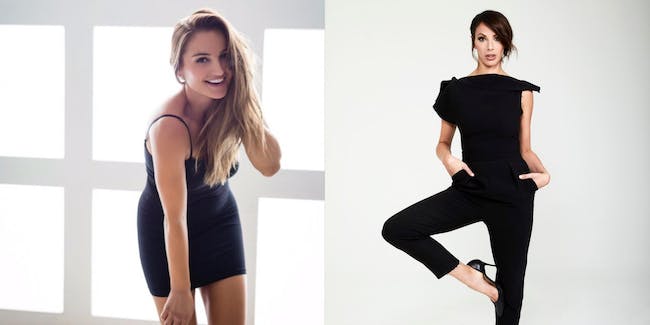 Rachael O'Brien is a world headlining stand-up comedian, actress and host of the hit comedy podcast “Be Here for a While,” which shot to the top of the comedy charts on Apple Podcasts with over 7 million downloads from listeners all over the world. Her guests have included rock star Bryan Adams, comedian Jim Jefferies, and actress Wendi McLendon Covey. She has performed in 9 countries regularly sharing the stage with comedy legends. Rachael can be seen on Bravo's hit TV show Vanderpump Rules.

An Oregon native, Rachael moved to West Hollywood, CA to pursue her acting and comedy career after graduating from the University of Oregon at the young age of 20. She then studied screenwriting at UCLA. Her talent has caught the attention of many industry executives and she’s currently in pre-production for a film she co-wrote and will star in. She's also in the process of writing her first book with the backing of one of the largest book publishers in the world. Rachael recently starred in a film at The Tribeca Film festival alongside Cedric Yarbrough. Her hosting credits include a game show pilot for FOX, ESPN and FUSE

Kristen Doute is a TV personality, designer and entrepreneur known best for her fan-favorite role for the past seven years on BRAVO’s international hit series Vanderpump Rules

Born in Detroit, Michigan, Kristen movd to Los Angeles to pursue her dreams of becoming an actress when she began working at the infamous SUR restaurant in West Hollywood. While at SUR she was approached to take part in the television series Vanderpump Rules.

Kristen’s entrepreneurial spirit led her to launch a clothing line, JAMES MAE, named after her beloved niece and nephew. The line features soft knit graphic tees and sweatshirts for both men and women encapsulating her love affair with classic and vintage rock designs. Due to the overwhelming demand, she recently expanded the collection debuting new styles and designs inspired by Kristen’s passions and popular quotes from her show.

In her latest business venture, Kristen along with her co-stars Stassi Schroeder and Katie Maloney-Schwartz teamed up with Nocking Point wines, founded by Stephen Amell (CW’s The Arrow), to launch their own exclusive “Witches of Weho” wine variety which currently consists of a delicious Pinot Grigio and Rose, which Glamour Magazine says is “perfect for summer day-drinking.”

Kristen currently lives in Los Angeles with her rescues Gibson and Bowie.