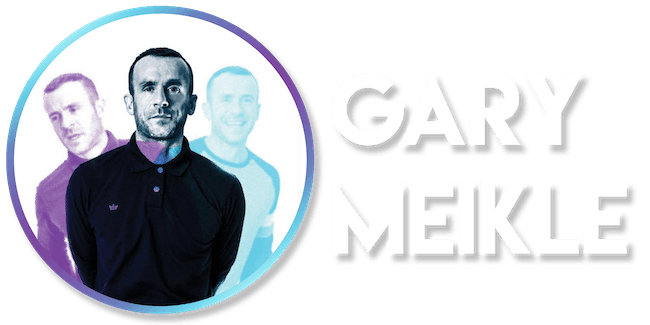 Meikle draws inspiration from his past. With a rough family life that finally came to a breaking point around age 10, Meikle returned to Glasgow with his mother and step-father. Through the years that followed, Meikle was kicked out of four schools, involved with gangs, and drinking heavily. After a falling out with his mom, Gary was sent to a children’s home where he stayed until he was 16.

16 and homeless, Gary resorted to hostels and friend’s couches. It wasn’t until a one night stand the year after that his life was completely changed for the good. The girl he had hooked up with at a party was pregnant, and she was keeping the baby. Gary’s daughter, Ainsley, was later born and become the full center of his attention.

From Gary’s interview with The Guardian: “At that time, people who knew me used to say I’d either be dead or in prison by the time I reached 30,” he says. “And I think they’d have been right. Ainsley gave me a second chance, a reason to turn my life around.”

Things didn’t work out with Meikle and Ainsley’s mom, who walked out of her daughters life when she was just 2 years old, leaving Meikle and Ainsley’s grandparents to raise her, once Ainsley turned 14 she decided she wanted to be with with her dad full time and she’s been with him ever since. Fast forward to today, Ainsley has a daughter of her own, Gracie and the 3 generations now live under one roof in Glasgow.

Through testing and trying comedy and taking a big leap to quit his job to perform weekly full time, Meikle has found success in the most unexpected career move of his life. Shows sell out internationally each week, followers continue to grow, and the viral videos just keep coming. Looking towards the future, Meikle is hopeful he will continue to make people laugh worldwide for many years to come.