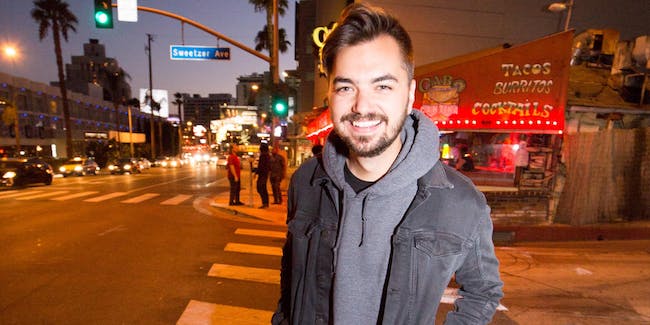 iCal
Google
Elliott Morgan is one of the members of The Valleyfolk, a crowd-funded Internet comedy troupe.

Elliott hails originally from central Florida, where he earned a degree in zoology before migrating like an Arctic tern to Los Angeles, California. Elliott is one of the original members of SourceFed, a Google-funded YouTube channel that ultimately grew to 1.6 million subscribers. In 2015, Elliott released an hour-long comedy special, Premature. He has appeared on E!, TLC, Nickelodeon, and Paramount. He is the co-host of Spike’s Lip Sync Battle Pre-show, and he works regularly with digital brands like Smosh, Mental_Floss, and Mashable. Recently, Elliott reunited with Joe Bereta, Lee Newton, and Steve Zaragoza for The Valleyfolk, which immediately amassed over 250,000 subscribers and has since produced the comedy chart-topping podcast, The Valleycast, as well as the weekly variety show, Your Show, which mixes unscripted improv with absurdist sketch comedy. As a stand-up comedian, Elliott recently filmed his second hour, Holy Sh*t, and he is on the most recent season of Comedy Dynamics’ Coming To The Stage. He performs regularly for colleges and sold-out clubs across the country.