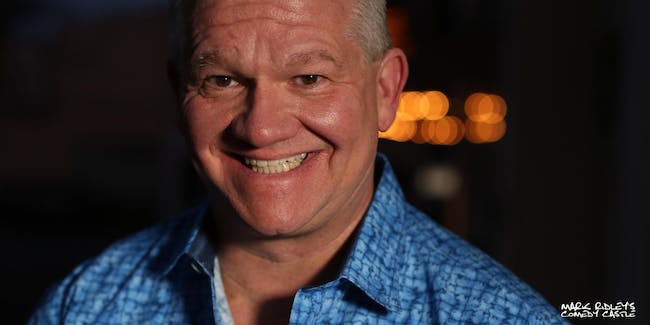 iCal
Google
A regular on the Las Vegas Strip, Derek’s act is fast, fresh, and at times, fanatical.

He brings the funny with tales about his blue-collar upbringing, his divorce, the holidays and his child-free existence.

A veteran of several USO tours, Richards was chosen as one of the first performers at Guantanamo Bay, Cuba after the base began guarding jailed Al-Qaeda terrorists. The comedy tour earned Richards national coverage in Newsweek. He also has performed at U.S. base camps in Iraq, Afghanistan, and more than 15 countries.

You can hear him on the air via the SiriusXM Satellite Radio Network and on the nationally syndicated, Bob and Tom Show along with Bob and Sheri. He was also featured on The Weather Channel's Top 10.

On the concert stage, he has been the opening act for Motown legends, The Temptations and The Four Tops.

His third comedy album, 60 MPH School Zone, garnered Honorable Mention accolades in the International Songwriting Competition in the spoken word comedy category. Get your copy at shows, iTunes and at derekrichards.com. Hit the site to hear a sample of why this lunatic leaves every audience howling, and hoping he’ll be back.