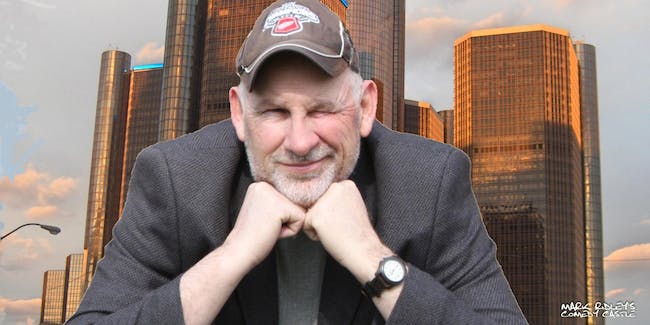 Billy Ray has been performing stand-up comedy across America for the last 28 years. From headlining at great comedy clubs to performing for large corporations, he’s established himself as a tried and true funny guy.

From skewed descriptions of growing up in Detroit in the sixties, to the gory details of raising four boys in the new millennium, Billy Ray will leave you laughing and exhausted from his ordeal.

Billy Ray has been a repeat guest on the Bob and Tom Show heard across America. He’s also been heard on the Dick Purtan radio show in Detroit and co-hosted the Appliance Doctor Radio program on WXYT for three years. He's also appeared on Night Shift, the long running Indiana cable TV show and, Just for Laughs on Canadian TV. In addition, he’s appeared numerous times on Fox2 Detroit.