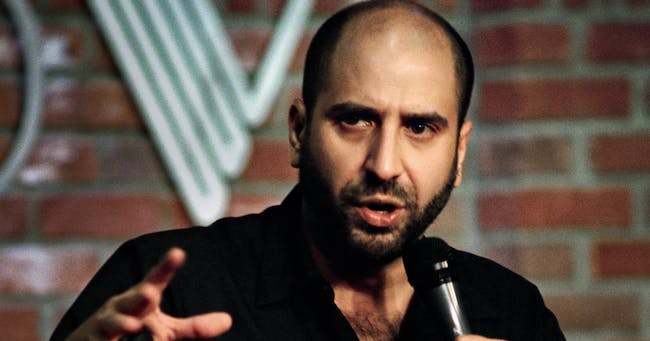 iCal
Google
His caustic wit, rapid-fire delivery and "very adult" material has earned him the reputation as a "comic's comic."

Attell used this love of booze and laughter to create and host the hit series, "Insomniac with Dave Attell" for Comedy Central. A travelogue show in which Attell goes from city to city looking for late-night fun, The New York Times called the show, "a doubly rare beast, a comedy without rancor and a travel show about the virtues of the American underdog." To Attell, the Insomniac show is more of a cross between "Girls Gone Wild and Cops.

After four seasons of Insomniac, Attell taped several hour-long Insomniac specials overseas in Japan, Germany, England and Brazil. Once back in the states, he headed out on a thirty-five city theatre tour ending in Vegas, where he hosted a two-hour special for Comedy Central featuring Sean Rouse, Greg Geraldo and Dane Cook, some of the biggest comics in the country.

When not on the road, Attell makes regular appearances at the Comedy Cellar in New York City.