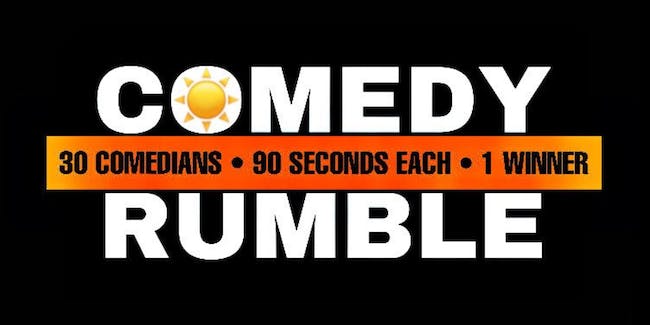 iCal
Google
One of the fastest growing shows in Michigan is Bret Hayden’s Comedy Rumble.

This super fast-paced show, founded at Cellarmen’s in December 2017,­ has absolutely become a popular alternative to the traditional comedy contest.

30 comedians doing 90 seconds of material each.­ No time for filler, just jokes.­

The way it should be.­

The 4 highest scoring comedians do another 90 seconds of material each, with the funniest being declared the winner!­

Unlike other comedy contests, sets are scored on a scale of 1 to 5 points by a panel of comedian judges to ensure the finalists and winner are actually the funniest.­

Get your tickets fast because this will sell out!